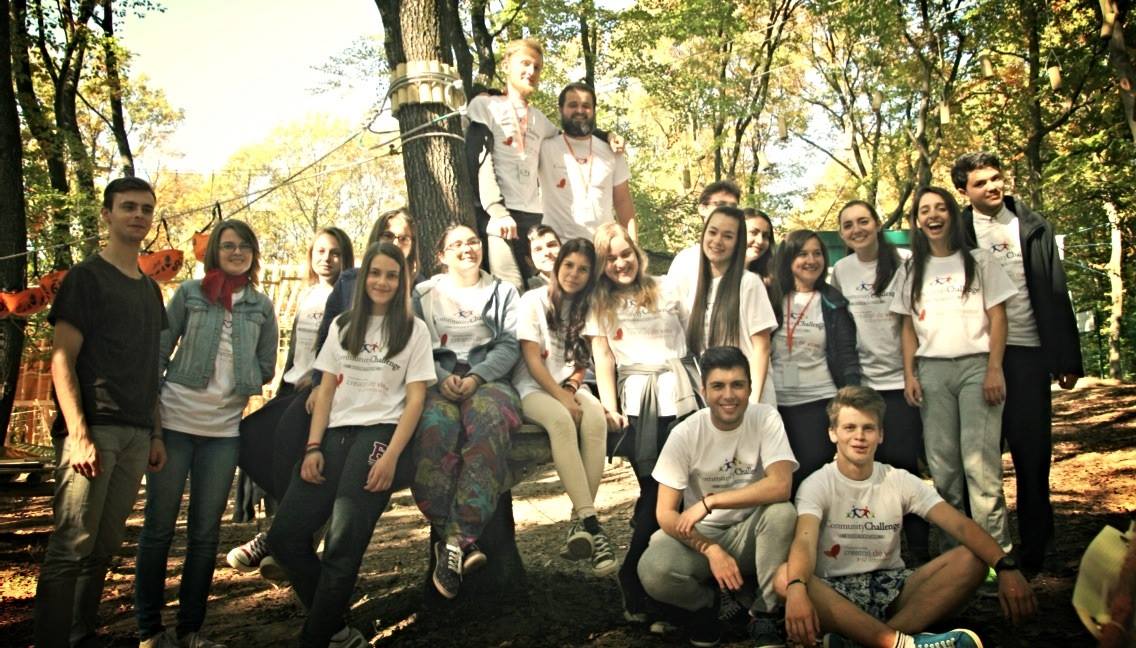 The adventure park from Cluj, Adrenalin Park distinguished itself in the summer/fall 2014 season by its active involvement in those community activities that foster performance. One of these actions was the educational project Creatori de viitor (Creators of The Future) – Champions United, held between the 9th and 12th of October 2014. The adventure park from Cluj, Adrenalin Park, responded to the 11even Association initiative, represented by Mr. Ovidiu Neamțu – of reuniting highschool students with outstanding performances in education, sport and leadership from Bihor, Hunedoara and Neamt counties.

The adventure park from Cluj, Adrenalin Park, adhered to the purpose of Creators of the Future / Champions United of building a powerful and united community of perseverant, ambitios and performing youngsters.

For the autumn 2014 project – Champions United – the students selection from the three counties (Hunedoara, Bihor and Neamt) was made together with the Schools Inspectorates, The County Highscool Students Councils and other local organizations active in education, sports and culture.  The Cluj adventure parks’ representatives were delighted to join this partner suite, since they already have started a few projects dedicated for pupils and students from the county.

Among the participants we could count national Olympics winners in Mathematics, Romanian Litterature and Grammar, Classic Languages, Physics and Religion, national and world champions in traditional karate or young people who have implemented various extracurricular projects in their community.

Here we have the declaration of Alexandru Balaș, pupil at the Informatics Highscool from Cluj-Napoca,  who has attended the first edition of Creators of the Future from June 2014 and was selected as a coordinator for the autumn edition of  Champions United: “The opportunity of communicating and interacting with other teenegers of my age, having successful results in diverse fields was something sensational, for me. The plain idea of bringing together people with different identities in the same place and putting them to work seems a genius idea. You must understand and accept the way each of them thinks, then you must integrate, a challenge that we face on daily basis, but now it was taken to an entirely different level. Here you can make friendships like in no other place.(…)”. The adventure park from Cluj filled with diversity and good spirit an already interesting agenda having as central the project competition „The vision of a new educational system”.

The Creators of the Future 2014 project benefited the presence of 3 mentors that have delivered personal development training sessions on the following themes: vision, trends and globalization, strategic thinking, leadership, team work, creative thinking. The three mentors were Mr. Philipp Kandal (antrepreneur and investor, whose navigation app was downloaded by 4 million persons), Teodora Migdalovici (ambassador of Cannes Lions in Romaniaand one of the most appreciated personal branding experts in the country) and Adrian Băcanu (exGeneral Manager at Procter&Gamble Moldova).

Along with Banca Transilvania and Babeș Bolyai University from Cluj Napoca, Adrenalin Park got involved in this project by welcoming these special students in the adventure park near Casele Micești, from Feleac.

The adventure park from Cluj considered that a visit to Adrenalin Park will be a good environment for the personal development of these outstanding students. Climbing on the adventure courses challenged them to overpass some physical and psychological limits. The smiles of the entire Creators of the Future team unveiled to us that the goal of this escape in the adventure park has been met:  the students have learned a few clinbing techniques on aerial rope courses, they have discovered the riosks and the satisfaction for sports performance at height and they could test themselves the importance of self-securing, self-control and of coordinating their own body.

A video material about the experience during the training sessions, at the adventure park and in the Cluj-Napoca city tour and other little moments may be accessed here.

Looking for an unforgettable experience, near Cluj?

Book an adventure session or an outdoor event at Adrenalin Park!